The problem in NH isn't BANANAs

MIA: Local Support for Northern Pass
Both Governor Lynch and Governor Hassan have said that affected communities must support Northern Pass. Hydro-Quebec prides itself on favorable reception of its projects by host communities.﻿

“Any proposal that they come forward with must be supported by the communities that are going to be affected. I think it is very important to take into consideration our scenic views and natural landscape because they are such valuable assets.” - Governor Maggie Hassan (Sep 5, 2012), NHPR.

"All of Hydro-Québec’s development projects must meet three criteria before they can proceed: they must be profitable, environmentally acceptable and favorably received by the host communities." Hydro-Quebec, a responsible company.

What ever happened to Northern Pass?

Letter to the Editor
What ever happened to Northern Pass?

With the arrival of better weather, neighbors whom I haven’t seen all winter are out and about again. The other day, one of them asked me, “What ever happened to Northern Pass? Is it still around?”

At first the question stunned me. The media campaign of Northern Pass’s PR army seems ubiquitous. (NHPR recently reported that the project has been coached by the aggressive Saint Consulting Group, a nationwide PR agency that promotes itself as “winning controversial local, state and federal land use campaigns since 1983.”)

But as I thought about it, my neighbor’s question made sense. Over the fall and winter, the promotional efforts of Northern Pass (or its alter ego, Eversource) have focused on southern New Hampshire and on Coos County, not on our area, Grafton County. If you don’t follow the downstate daily papers, which carry frequent reports on Northern Pass, or the Coos weekly papers, you might well wonder whether Northern Pass is still around, still trying to build an overhead line in New Hampshire.


It is, unquestionably.
To the south of us, Eversource NH’s CEO Bill Quinlan recently made the rounds of editorial boards, energy conferences, and the like to promote Northern Pass to the business community and its allied chambers of commerce. Parent company Eversource sent executives from Hartford to participate in a press conference in Londonderry announcing new conservation grants funded by Northern Pass. Northern Pass representatives have met with the Concord City Council over the winter and spring.


To the north of us, Northern Pass (or Eversource) publicizes the local initiatives with which it hopes to win hearts and minds in Coos County – funding for a cell tower, broadband, a job creation program. At the recent annual dinner of the North Country Chamber of Commerce, the banner of Eversource, one of the “grand sponsors” of the event, was prominently displayed.
Here in Grafton County, Northern Pass and Eversource do not draw such overt attention to themselves, but the project has by no means gone away. We hear the rental helicopter flying low and slow over the PSNH (Eversource) ROW in our communities; we see the environmental and other contractors out on our roads; and we hear about the project’s quiet efforts to try to clean up “problems” with landowners in our area.

Northern Pass is definitely “still around,” and it will flare into high visibility when the Department of Energy (DOE) issues its Draft Environmental Impact Statement (DEIS) in June or July, followed soon after by the project’s filing an application with the state permitting authority, the Site Evaluation Committee (SEC). The DEIS is not a permit; it is a preliminary statement of the DOE’s evaluation of the project’s various impacts. The DOE will take public comment about its statement before it decides whether or not to issue a Presidential Permit to allow the project to cross the international border. The SEC, which will make the critical decision whether or not to allow the project to actually build in New Hampshire, will also consider public comment.


However, neither the DOE nor the SEC will come to you directly and ask you what you think. There will be no public referendum in which you or your town votes Northern Pass up or down. Any warrant article that your town has already passed concerning Northern Pass is advisory, not binding. If you want your voice, or your town’s voice, to be heard, it’s easy enough, but you or your town must initiate the action with both the DOE and the SEC.
Now is the time for everyone who cares about Northern Pass and its impacts on our communities and state to act. This is your final chance to affect the outcome of Northern Pass.


Please join us on Sunday, June 7, 2015, at the Easton Town Hall, 1060 Easton Valley Road, Easton NH, from 3:30 PM to 5:30 PM for an update on the project and information on how to have your say on Northern Pass. This event is organized by volunteer, grassroots opponents to the project, either as proposed or altogether. Speakers will include Will Abbott, VP Land Policy, Forest Society; Kenneth Kimball, Director of Research, Appalachian Mountain Club; Nancy Martland, Sugar Hill Tower Opponents; Bob Baker, Jim Dannis, and Susan Schibanoff, Responsible Energy Action LLC.

The event is free, open to the public. There will be time for a discussion Q&A period.
Contact BuryNorthernPass@gmail.com if you would like to add your name to the mailing list for further updates and information.

Additional information about this meeting is posted here.

An Opportunity to Learn How You Can Have a Voice in the Federal and State Permitting Processes to Begin this Summer!


Free. Open to the Public 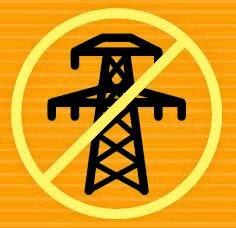 Read a related Letter to the Editor of the Littleton Courier here.

Read a related Letter to the Editor of the Concord Monitor here.
Posted by NH Jean at 9:09 AM