Northern Pass: An Elective Upgrade by the Developer

ISO-New England, the regional grid planner, classifies various energy projects, including upgrades, as either "reliability"  (necessary) or "elective" (not necessary) projects. The nomenclature is straightforward.

ISO-NE considers Northern Pass to be a "part 4b" project: "these projects may be promoted by any entity electing to support the cost of the transmission changes. The entity sponsoring the changes will have their own justification for their actions." Because they front the cost themselves, Part 4 and 5 projects are not subject to the scrutiny, planning, and management that traditional reliability projects needed to keep the lights on are. The new merchant and participant-funded projects can end-run the lengthy regional planning process by fronting the initial funding themselves, although of course they intend to recover it handsomely later on. Northeast Utilities has said that the motive for Northern Pass is not to keep the lights on, but to respond to "social policy goals" and to make money. 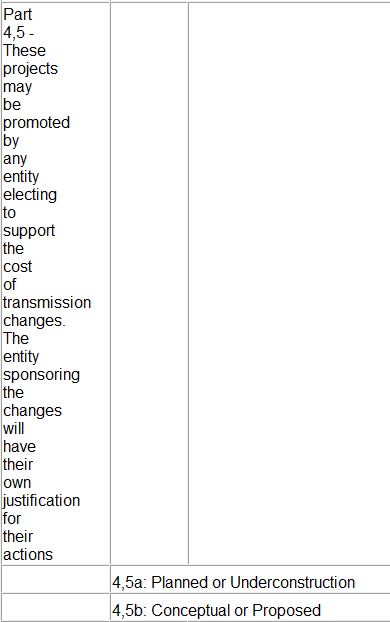 The concept of ﻿"reliability" need be no more complicated than ISO-NE's clear determinations and Northeast Utilities's own definition--"keeping the lights on."
Developers of unrequested, unneeded, and unwanted elective projects like Northern Pass should not be allowed to use the police power of the state to condemn and seize private land for the sole motive of making money. It's really quite simple. They should have to negotiate their optional utility project with willing buyers like any other corporation.
Posted by NH Jean at 3:15 PM