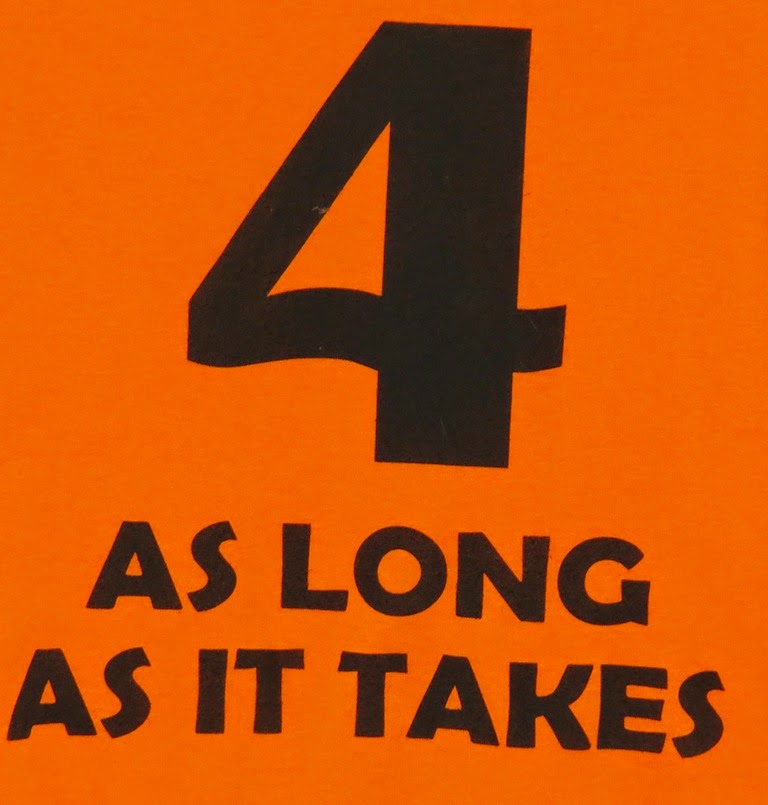 October 27, 2014
Franconia, N.H. -- The grassroots Opposition met in Franconia on Sunday for an evening of shared reflection and continued commitment to protect New Hampshire against the ill-advised Northern Pass project that would entail installation of approximately 2300 steel towers from Pittsburg to Deerfield ranging from 80' to 155' tall. The event was occasioned by the fourth anniversary of the public announcement of the project in Franklin in October, 2010.
Mid-point of the approximately 187-mile proposed route, Franconia was chosen as the location for the catered dinner at Chef Joe's Bistro, which hosted the "Bury-Northern-Pass-All Of It!" signs from the July 2014 protest at Bretton Woods. The event sold out early. The grassroots Opposition from Colebrook to Deerfield attended. Members of  the NH Senate, House, County Commissions, and town select boards joined the group, as did candidates for various political positions.

After-dinner speakers included officials from the Forest Society, who reiterated President/Forester Jane Difley's recent pledge that the 114 year-old organization will defend their conservation victories in court, if it ever comes to that. "We own the dirt," Difley said, " and we don't intend to invite Northern Pass to play in it." Grassroots Opposition members shared sad news of the devastating effects the mere prospect of the proposed Northern Pass has already had on economic and real estate development. On a brighter note, the cheapest form of energy - conservation and efficiency - was promoted, as well as the upcoming Solar Forum in Bethlehem (November 12). Indian Stream Film producers Jan Marvel and Michelle Vaughan announced completion of the French language version of their Northern Pass documentary, Northern Trespass, for Quebec audiences. The French title is L'intrusion du Nord; copies are available now from the producers and will soon be for sale online. The next screening of the English language version of the documentary is on January 24, 2015 in Lincoln.
One Opposition member summed up the evening: "It was nice to see the gang together again, and it will keep us all moving forward with renewed energy." 4 As Long As It Takes!
﻿