Grassroots Victory Over Northern Pass To Be Archived For Future Generations


Wanted: Any Northern Pass Materials You Have 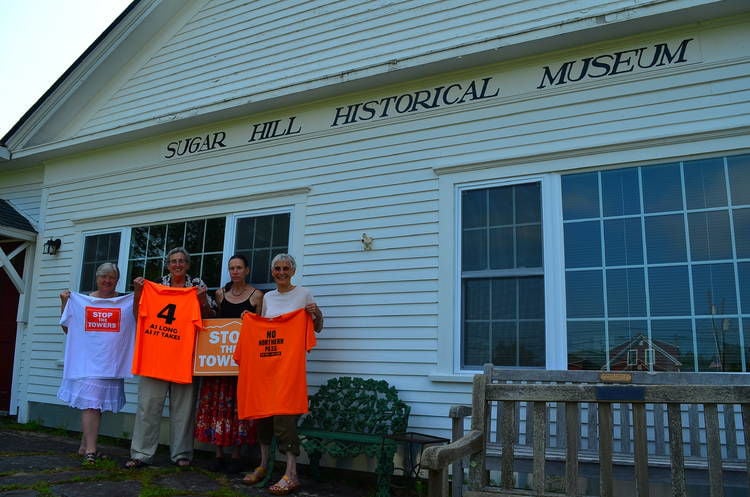 SUGAR HILL — Wanted: anything you have on Northern Pass.


The Sugar Hill Historical Museum will now house a permanent archive of all things Northern Pass-related - hats, T-shirts, road signs, videos, documents, and more - to educate future generations about the seven-year grassroots fight, provide instruction on how to confront similar projects in the future if they ever arise, and memorialize a consequential part of North Country history.

The Northern Pass Opposition Archives is the brainchild of Easton resident Susan Schibanoff, who said in the course of opposing Northern Pass she tried to gather information on Easton’s 1970s battle against the ultimately defeated proposal for a four-lane highway through Franconia Notch, but found scant information.

“That grassroots effort to fight wasn’t preserved,” she said. “But we can preserve these materials so the person who does want to write this history will have access to the material.”

Currently at the Sugar Hill Historical museum are multiple versions of Northern Pass hats, T-shirts, and signs as well as lapel pins celebrating the documentary “The Power of Place” by Jerry Monkman and the Yankee Magazine article “My Roots Are Deeper Than Your Pockets.”

“We also have endless buttons and bumper stickers,” said Schibanoff. “We have posters and lawn signs and will also take documents.”

A request is now being made to residents of Grafton and Coos counties asking them to deliver what they have to the museum for posterity.

“This is a museum and everything is carefully recorded,” said Northern Pass opponent and Sugar Hill resident Nancy Martland. “Every piece people give will become part of a digitized record.”

The material, said Martland, will not be thrown willy-nilly into a box, but will be professionally archived.

While some people may not want to part with what they have, leaving it with the museum will ensure it’s preserved and not some day discarded by a relative after a death or a move, said Schibanoff.

The money for the Sugar Hill Historical Museum to archive is being provided through grants and an anonymous donor for the You Have Our Trust fund of the New Hampshire Charitable Foundation.

The town of Easton will also provide additional storage.

In addition to documenting the resistance of grassroots citizens, the archive will preserve the involvement of environmental, conservation, and non-governmental organizations, and make all the material available to researchers exploring the history of the opposition movement.

The museum in Sugar Hill might also, from time to time, put the archived materials into exhibits.

Other artifacts sought for collection are banners, bows, pins, post cards, CDs, and videos as well as magazine articles, newspaper clippings, and letters to the editor.

The museum will decline redundant materials.

Materials that can be submitted in person during the museum’s open hours of 11 a.m. to 3 p.m. Friday and Saturday until Columbus Day.

Items can also be sent via U.S. mail.

Those donating documents or other materials electronically are asked to not email large files to the museum, but to put what they have on flash or thumb drives.

Those donating are asked to include a statement with the name of the donor, a brief description of the artifact, and the date of its creation.

After 70 days of evidentiary hearings involving 154 witnesses and review of more than 2,000 exhibits, the SEC did not find that Eversource met its burden of proof in proving, by a preponderance of the evidence, that Northern Pass as proposed would not unduly interfere with the orderly economic development of the region.

The 192-mile line would have been almost all above-ground in Coos County, where towers would have been about 100 feet tall, with more than 50 miles of buried line along state roads through towns from Bethlehem to Bridgewater.

While it would have been a moneymaker for Eversource - $10 billion in revenue during the 40-year term of the line, including a $4 billion in guaranteed profit, according to the company’s federal filings - opponents argued Northern Pass would have destroyed scenic views and property values, would have hurt the tourism industry, and would have negatively impacted small businesses during the burial portion of construction in the roadways outside their front doors.

Scores of North Country residents testified during the SEC hearings and many more stayed mobilized for more than half a decade to defeat Northern Pass.

On May 24, the SEC denied a request by Eversource to resume the deliberations the committee ended Feb. 2.

Once the May denial is formalized in a written order, Eversource can appeal the SEC’s decision to the N.H. Supreme Court.

Opponents are confident the SEC decision is sound and will withstand any appeal by Eversource.

The other reason to get the word out now about the Northern Pass archive is because when people are in the thick of a fight they are not concerned with saving what they have, said Schibanoff, who four years into the Northern Pass fight had accumulated so much material she began culling it.

In addition to the Franconia Notch Parkway fight, Martland said a similar Northern Pass fight, one that involved a proposed above-ground transmission line slated for scenic areas of upstate New York that was also stopped by citizens, likewise wasn’t well-documented.

Martland doesn’t want the same fate to befall the battle of Northern Pass.